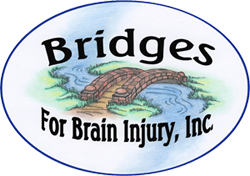 “There are turning points in everyone’s life for good or for bad,” Mark Herzlich wrote in an article titled “Turning Points.” Saturday, September 4 was probably one of those good points. Herzlich, once considered a first-round NFL draft pick and 2008 ACC Defensive Player of the year as an All-American linebacker for Boston College, emerged from the tunnels alongside his teammates in full uniform for the first time in 21 months.

Last Saturday Herzlich posted five tackles in 31 plays, three of them unassisted. Not staggering stats for the best linebacker in college football. But the significance of those numbers lies in the story beyond the stats. After a doctor’s visit in May 2009, due to a pain in his leg, he was diagnosed with Ewing’s Sarcoma, a rare form of bone cancer.

Throughout his extensive radiation and chemotherapy, Herzlich managed to keep a lot of his strength and on September 29, 2009 he was cancer free. This type of recovery may have come from his determination and inspiration from his father.

Herzlich has recounted the story a number of times. It was his freshman year in high school when his father had a heart-to-heart about his passion for playing football.

“[My father never told me] that he wouldn’t be there if I didn’t become the best linebacker in the nation. He simply told me that he wouldn’t come watch me do something that I didn’t love to do,” Herzlich wrote.

To date, Herlich has managed to raise over $200 thousand for cancer research and has given thousands to the Sarcoma Foundation. You can’t help but cheer for Herzlich and all those that manage to beat cancer.